Below is the list of the top 10 best ranking universities in West Africa. According to the list, Nigeria tops the ranking with 7 universities, Ghana with 2 universities and one university in Senegal.

The University of Ibadan began with just three departments – science, medicine and the arts – but has since expanded to take in 13 faculties, including social sciences, agriculture and forestry, education, technology, law and dentistry.

Lagos State University is a public university and the second-best university in West Africa according to THE. The University was established in 1983 and is operating three major campuses, namely: Ojo, Ukeja and Epa.

LASU, as it is fondly called, has over 35,000 non-residential students enrolling for full time in courses at diploma, undergraduate and postgraduate levels.

The Ojo campus is the main campus and the location of the central administration. It houses the faculties of arts, education, law, management sciences, science and social sciences, school of transport, school of communication, centre for environment studies and sustainable development, centre for general Nigerian studies, centre for planning studies, information and communication technology centre, online and distance learning and research institute and centre for entrepreneurial studies.

The University of Lagos is located in the commercial capital of Nigeria. It was established in 1962 by the federal government and is popularly known as UNILAG. The University of Ghana is the 6th best university in West Africa.

The University of Lagos is one of the most populous universities in Nigeria. In the aspect of enrolment, the university enrolls nearly 10,000 candidates per year.

The University of Nigeria Nsukka sits at 6th among the top-ranking universities in West Africa.

Research activity is undertaken across the institution in the areas of African studies, education, developmental studies and herbal medicine and drugs research and development. There are also centres established to explore climate change, space science and energy research.

Obafemi Awolowo University is located in the ancient city of Ile Ife, Osun State, Nigeria. Popularly known as OAU, the University was established in 1962 and is the 5th most ranking university in West Africa.

As part of the prestigious universities owned and financed by the Nigerian government, OAU makes provisions for candidates to enroll for post-graduate and undergraduate programmes. Meanwhile, these programmes are offered in various fields of study including medical sciences, the arts, engineering, social sciences, natural sciences, the humanities and so forth.

The Kwame Nkrumah University of Science and Technology Ghana is the 7th most ranked university in West Africa.

Founded in 1952, the Kwame Nkrumah University of Science and Technology also known as KNUST is located in Kumasi in the Ashanti Region of Ghana. The University is one of the foremost public university in Ghana.

Alternatively regarded as the University of Dakar, Cheikh Anta Diop University is the best university in Senegal. It is located in the Senegalese capital –Dakar. It is one of the most competitive Senegalese universities with a high number of admission-seekers.

Although the university is alternatively called the University of Dakar, Cheikh Anta Diop University is attributed to a significant Senegalese who was well-known as an anthropologist, historian, and physicist.

The Ahmadu Bello University (ABU) is ranked 10th in the West Africa university ranking. ABU Zaria is one of the foremost Universities situated in the Northern part of Nigeria.

The Ahmadu Bello University Zaria was established in 1962 and is one of the top ranking universities in Nigeria. The university also offers a wide range of courses. 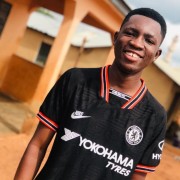 With Product You Purchase

Any cookies that may not be particularly necessary for the website to function and is used specifically to collect user personal data via analytics, ads, other embedded contents are termed as non-necessary cookies. It is mandatory to procure user consent prior to running these cookies on your website.